Are you an RVer, or a wanna be RVer? Check out the Family Motor Coach Association Rally at the Indio fairgrounds in California January 11th through the 15th .
The rally is open to the public.  Everything for and about RVs and the RV lifestyle will be available at this rally. It is one of the largest rallies in the southwest region. It is not a sales lot, though there will be plenty of RVs to drool over.
Attend the many  seminars and demonstrations covering recreational vehicles and the RV lifestyle and many other subjects.
I will be presenting two of my most popular seminars about how to pursue your inspirations and dreams of writing a book, blog or memoir.


Have you ever thought about writing?
What Makes A Good Story?

Bring your questions  to  the  seminars.  I’ll be presenting at the rally on Thursday January 12th at 9:30 am and Saturday January 14th at 10:00am. Did you know that 80% of the population has thought about writing?  I’ll cover the basics of how I began in this career and became a top ranking Amazon author, earning money on the road. Come early seating fills up fast. I hope to see you there.
And if you miss my workshops in Indio, come to the International FMCA Rally in Chandler, Az. March 7th  through March 11th. I will be presenting these two seminars as well as a third, Where is the Inspiration? 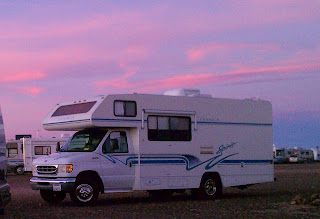 Quartzite is a shopper’s mecca. If you like to shop for anything or everything, this is the place to be. It has been called the largest swap  and craft meet, gem and mineral show, and RV show in the country. Plan to spend several days to take it all in.  The phenomenon is indescribable…it must be experienced.

Experiencing The Readers Oasis Bookstore is a must. The owner, Paul Winer was known as “Sweetie Pie” in his younger days as a strip dancer in Canada. These days Paul is known as the desert’s naked bookstore owner and operates his bookstore as naked as the law will allow.  Click on the link below to watch the video of his store. Nakedness aside, Paul has an amazing collection of rare books and hard to find editions.
the Readers Oasis Bookstore 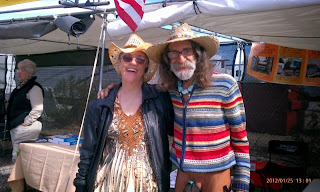 Paul hosts an Authors Fair every year in January. I have participated in the past  and  enjoyed meeting  many other authors. This year Authors On The Road will be presenting  an authors' MEET AND GREET. The  attendance at this event of authors, readers and those who  just come by to meet Paul, the “main attraction”  is always high. 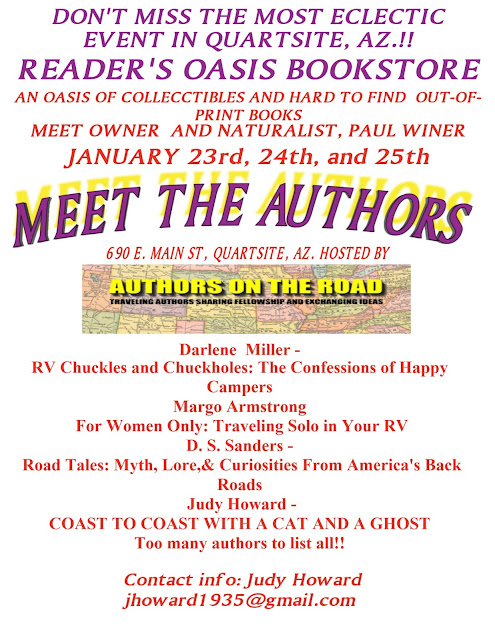 You must squeeze the two little towns of Ajo and Why, Az. into your schedule!


As founders  of The new Authors On the Road Facebook Group, Deb Sanders and I  will be kicking off  the  debut of this new exciting group at the Ajo Library on Friday, January 20th.
Meet Deb Sanders. 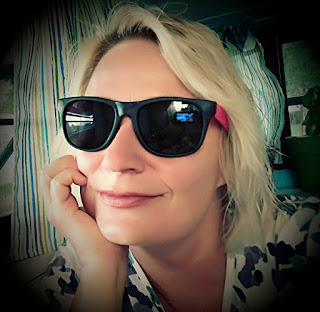 Deb (D.S.) Sanders is a full time author and RVing nomad, meandering around America's back roads with her husband, Golden Retriever and Johnny Ringo, a daisy of a cat who also serves as her muse. When not researching local myth and lore for her next book, she enjoys hiking, taking countless photos of sunsets and washing them down with a good glass of wine.
Please stop by and support us!!

Here's what Deb has to say about Authors On The Road


"WELCOME!!! Traveling full time in an RV can be fun, hectic, confusing, quiet, reflective, and awesome . . . kind of like being an author. When you combine the two, it can also be challenging. Judy Howard and I are building an online community where members can offer suggestions and tips for balancing travel and writing. If members are in the same area, meet up. Share your thoughts with the group. Skype conference. Support each other. Organize a writer's retreat. This group will be as active and involved as its members.
So introduce yourself. Tell us a little about your projects and travels. Judy and I will start off."


And while you are visiting the area. Discover all the things to do!!

Parks & Monuments
Recreation & Wilderness Areas
Historic & Points of Interest
For those of you in the Inland Empire area, Don't forget to drop in on the next meeting of  The Diamond Valley Writers Guild at the Hemet Library in Hemet, Calif. on January 28 from 10am to 12pm. Always a great bunch of writers at all stages of writing for you to talk your craft and ask questions.
JANUARY - Top Tips on Craft from a Panel of Expert Writers


"Happy New Year! For this first meeting of our program year, a panel of authors and writers will share their top tips on the writing life, craft, and business. Guild president Lynne Spreen will moderate, and the audience is encouraged to participate. Lets make sure 2017 is one of artistic and success for you, the writer. Please note that a short board meeting will be held after the main topic. All are welcome to attend." 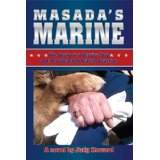 Masada's Marine:
Masada and her Marine were both born two decades and two thousand miles apart, and both aspired to do be the best that they could be. But first, they had to meet.
Masada began her journey in Illinois as a bumbling golden retriever puppy and emerged twenty months later as a proud, confident American Service Dog, ready and able to protect and preserve the life of Iraq veteran, Alex March, USMC.
Alex’s journey began in California as an ambitious boy who only dreamed of protecting and preserving life for the Corps, his country and his family. Twenty years later, he emerged as one of “a few good men,” and served with honor, courage and commitment …until he came home….
“An unseen attacker, camouflaged in the crowd, cooled its heels like a terrorist. It waited to follow Alex and his family home. How could he have known what lurked on the sidelines? Another war, an invisible war, he knew nothing about and had not been trained to fight.”
Follow Iraq veteran, Alex March, USMC and his American Service dog, Masada, who rescues the wounded warrior, as they become the best they can be.