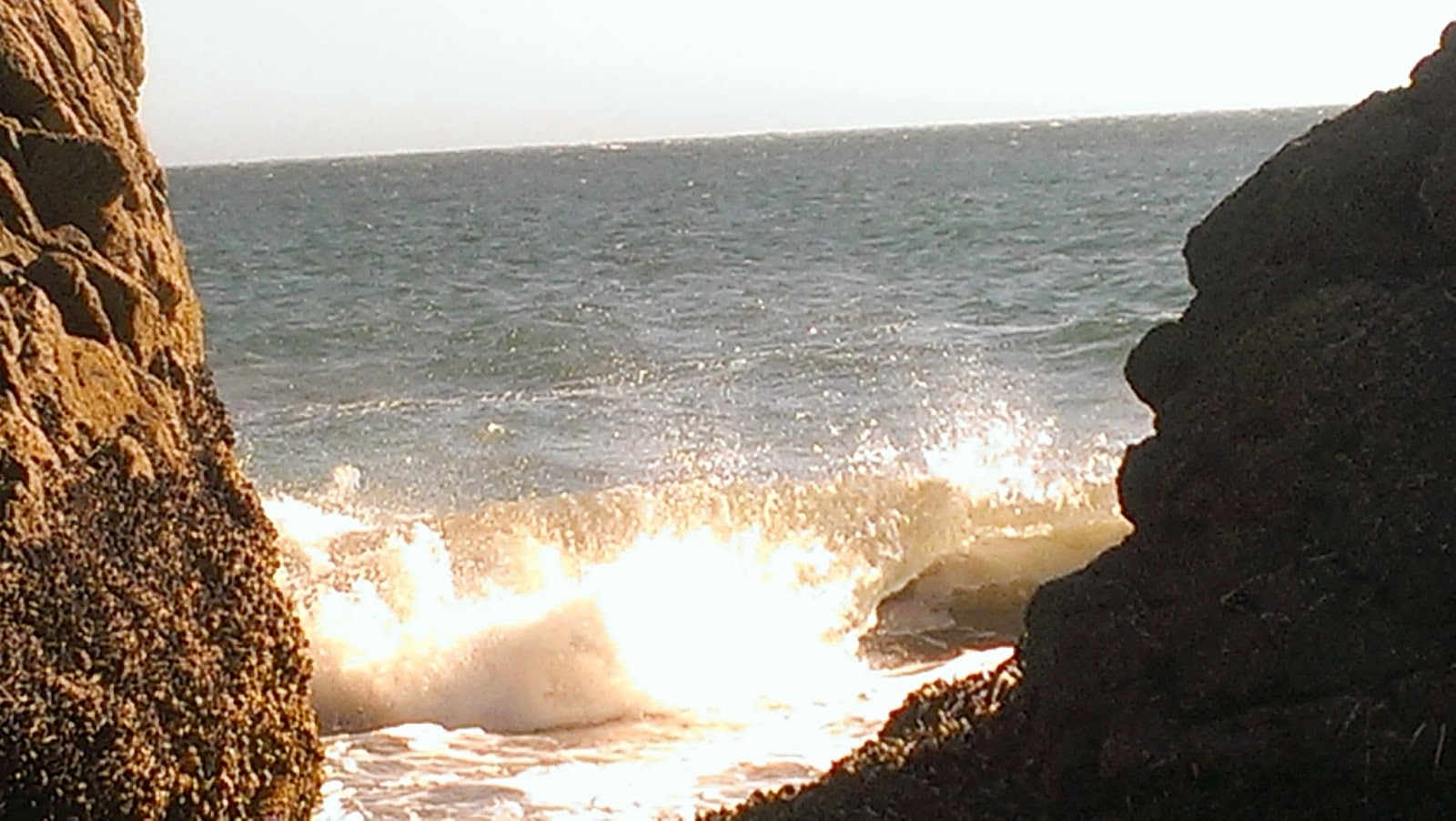 When I travel I relish new experiences that burst open like the blossoming flowers alongside the 101 Pacific Coast Highway... These adventures tease my senses with a promise of new tastes and new flavors of sound, smell and sight. On this trip motor-homing up the California coast the salty aromas, misty scenes, and the singing ocean in the background soothes my rough city edges and lures me on from one coastal town to the next.


This travel phenomenon is like a potion that spikes my curiosity. I yearn to learn everything about each town, the residents who nurture their families and the ghosts of the natives who came long before them. Our history is rooted in every one of these little coves, some of it long forgotten with only remnants left in a rustic museum that was once the old general store or gas station - a shaky little building which the dedicated residents restored with love, pride and respect for their heritage. It concerns me when I listen to long-time locals dust off the lost and discarded stories that will be extinct to a generation who only see their friends on Facebook as they speed down the interstate.


As I travel I am enriched by folks I meet.  Some I don’t even know their names. In Ukiah a young man whose dark hair hung down, brushing thick brows that accented large brown eyes, expressed his desire to read MASADA'S MARINE. He confided that he knew about PTSD first hand, but not as a soldier. He learned of it when he witnessed his veteran friend put a gun to his head and ended his own life. “It has been five years,” he said, “and I still feel the loss of my friend and wake up to nightmares of what I saw. I rarely sleep through the night. I lay awake and wonder if there was something I could have done.”  He trusts no one with a gun, not because he is afraid for himself, but of what he might witness again.


Peoples’ lives and the experiences they  endured are sometimes never told. While I stand behind them in line at the market or the bank, their secret stories remain sealed close to the heart.   Tragic stories, delightful stories, rich, cultural stories - stories that need to be told. 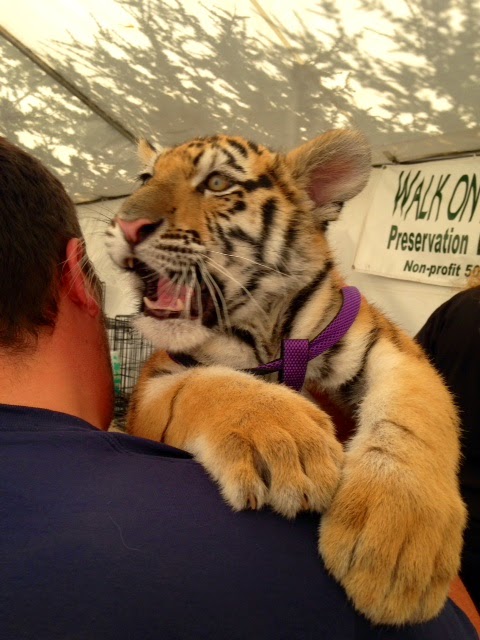 Not just the human species contribute   to my life experiences. Meet Kira. She is a four month old Bengal tiger residing at the The Walk On The Wild Side, the most diverse exotic animal refuge of its kind in the state of Oregon. 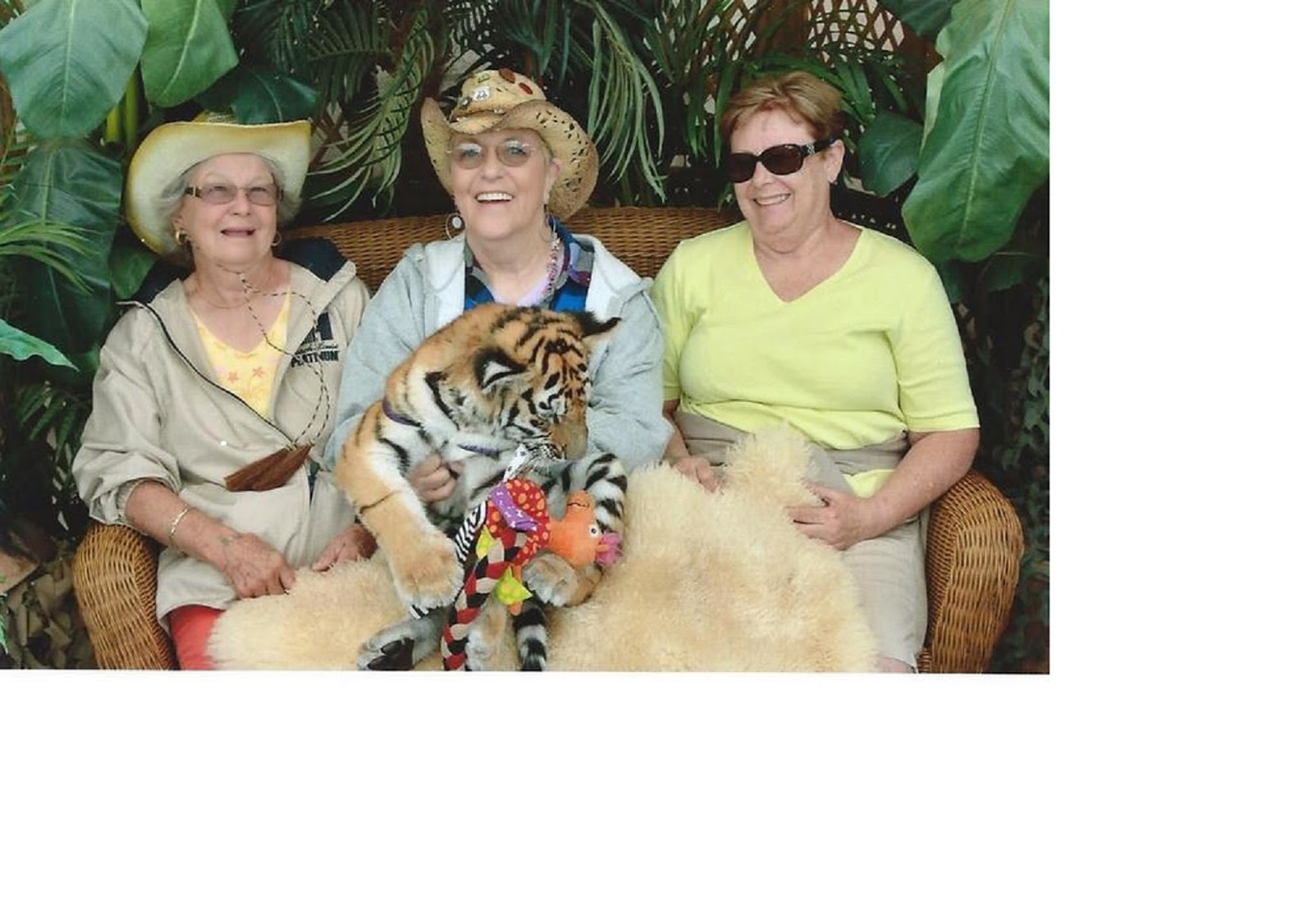 The excitement of cradling this wild kitten full of powerful energy even at four months made my blood rush. I am glad Sportster is only ten pounds! There was a time when I dabbled in oil and pastel painting. Big cats were my favorite subjects.  I enjoyed the challenge of trying to capture their untamed power. If you would like to hold Kira she will be at the Indio Date Festival in February, well, by then she will be over a year old,  too big to hold. 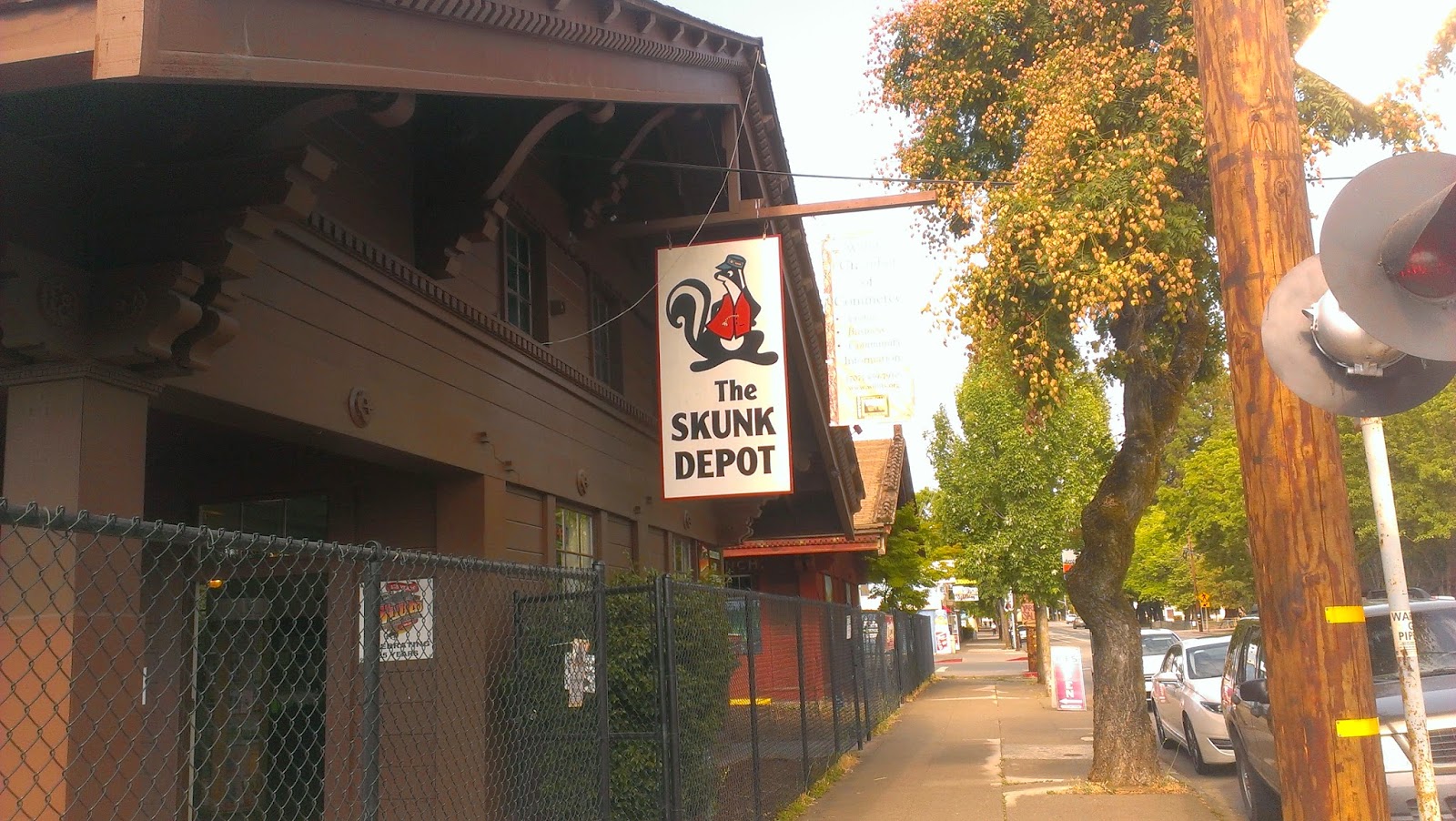 The Skunk Train, a historical railroad out of Willits   travels to Fort Bragg stopping in Northspur. The railway was named after its  smelly namesake because the town of Fort Bragg could smell the odor from its smoke stack long before it pulled into the station. The train climbs the eastern slope of the California Coast Range on 8.5 miles of track to cover a straight line distance of one mile. 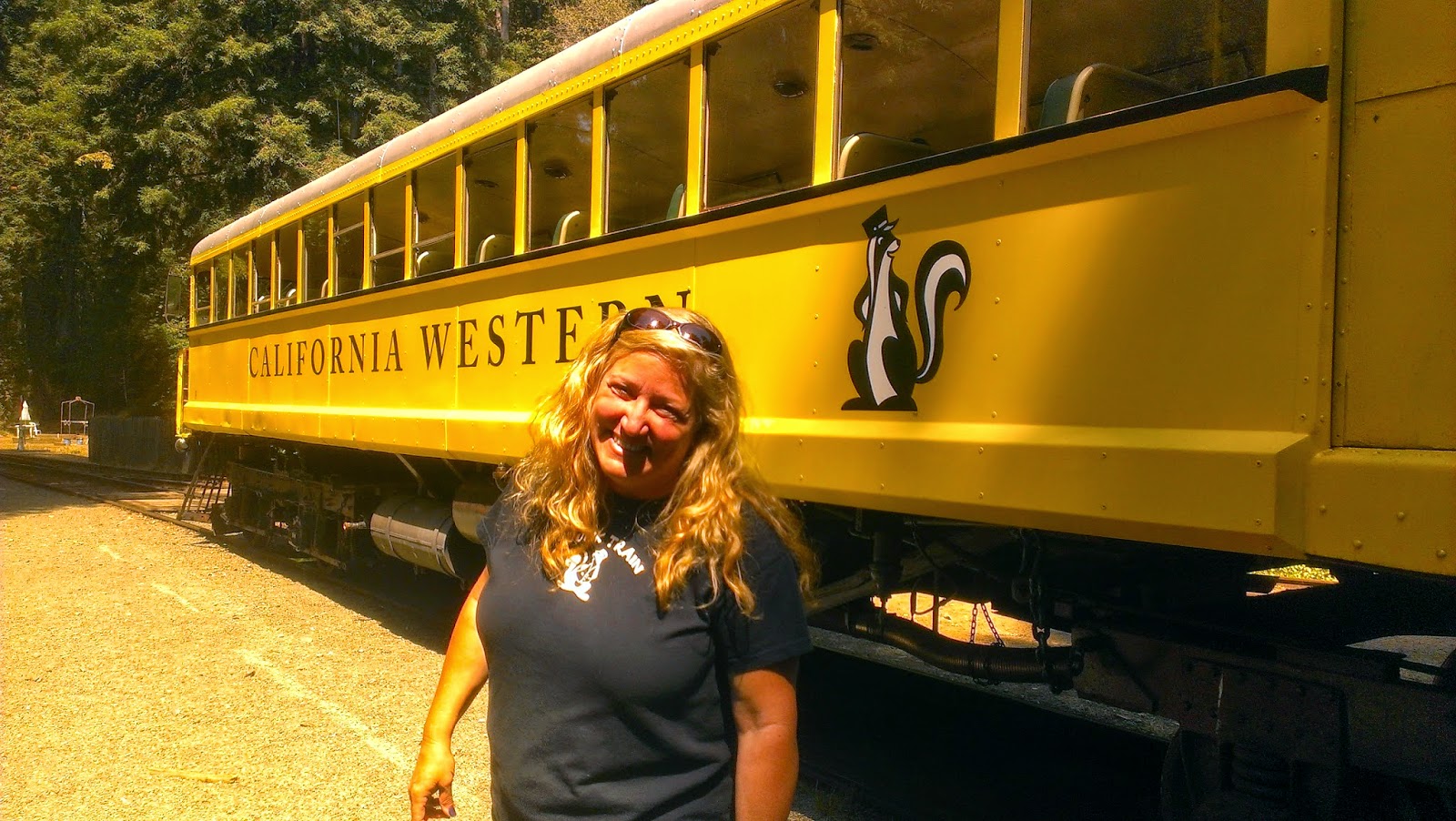 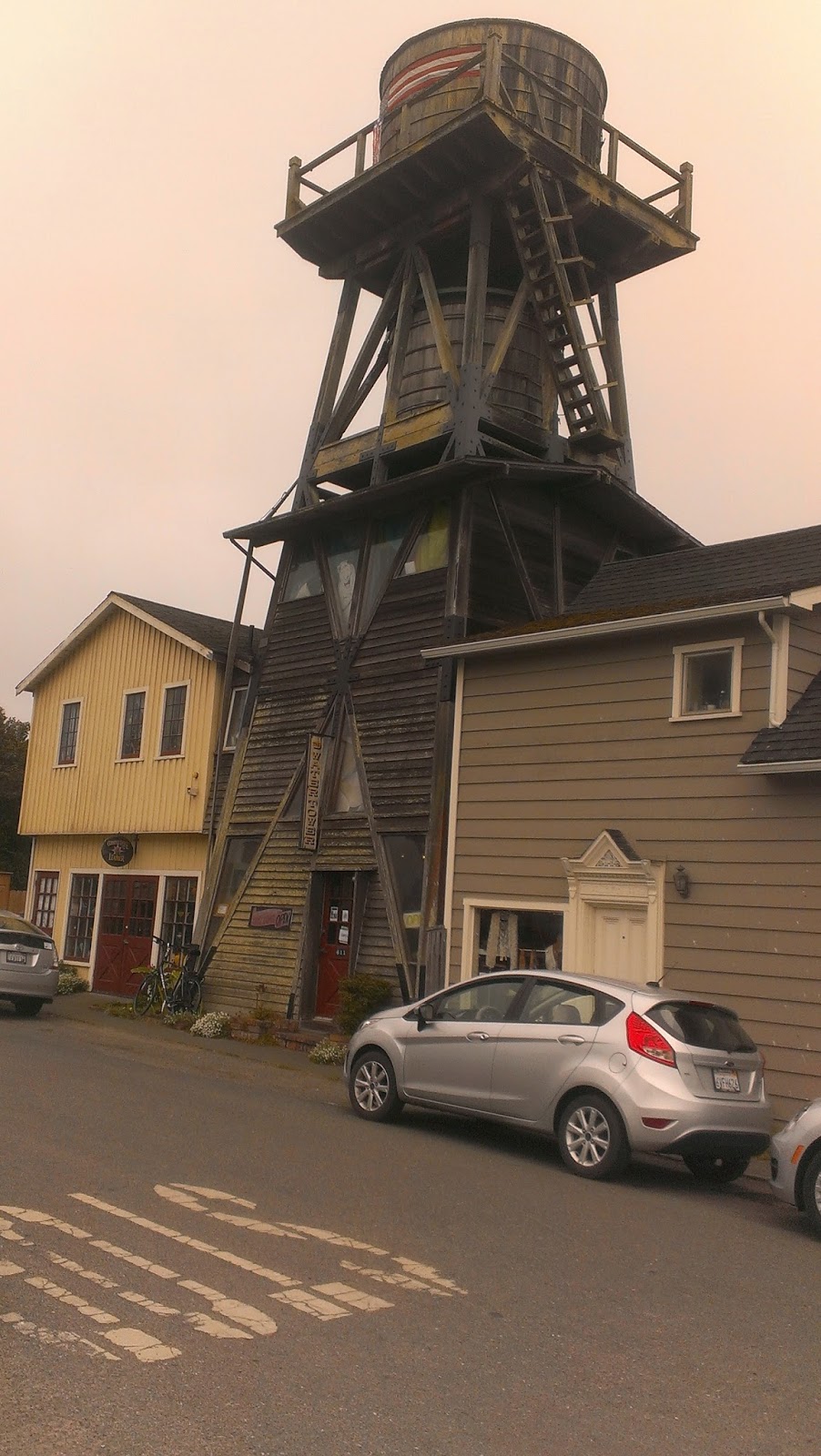 I met Stephanie, the railway's manager, and discovered she was a good friend of my accomplished artist acquaintance, Suzi Marquess Long who lives in a water tower in Mendocino,  Ca. 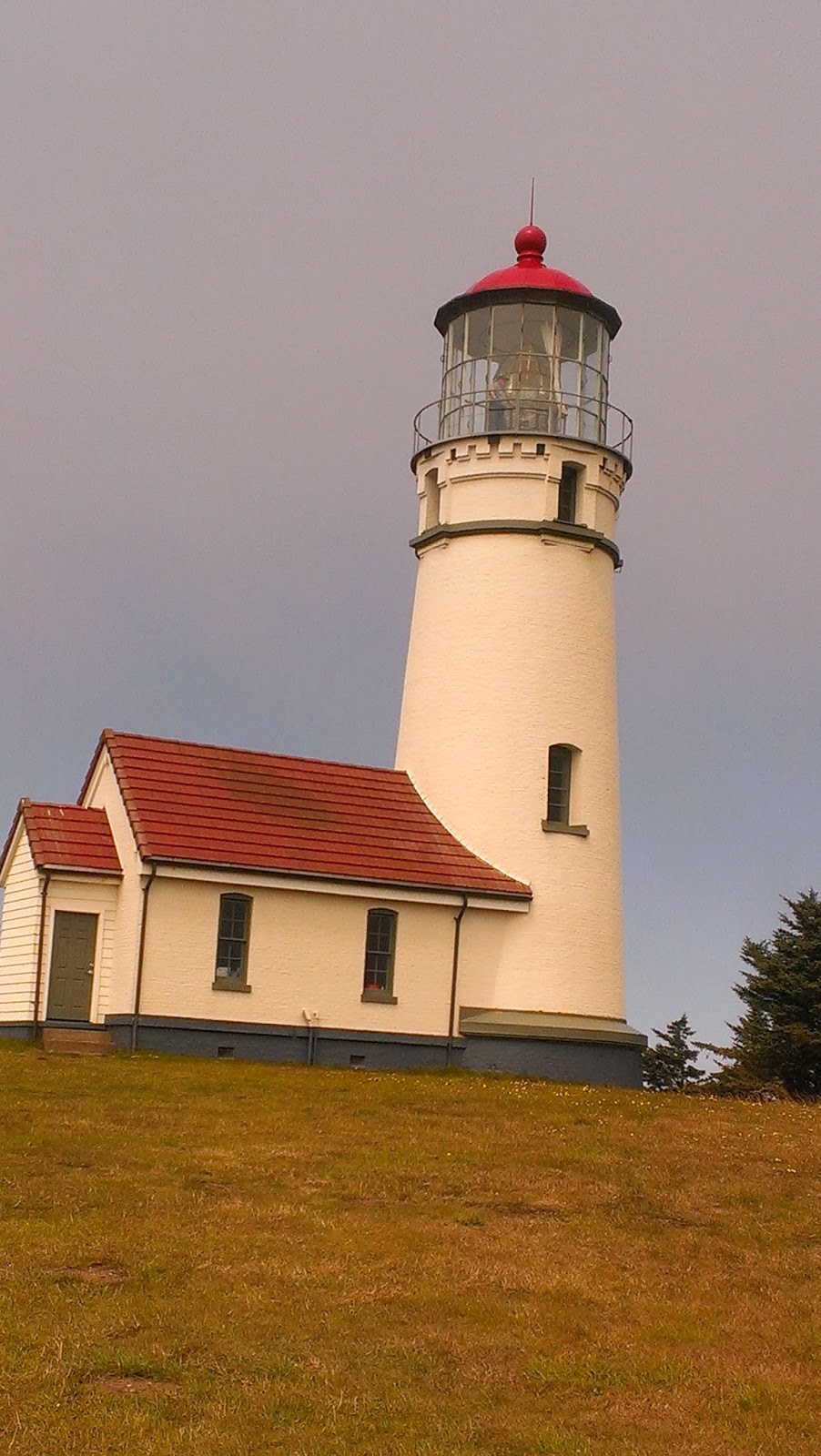 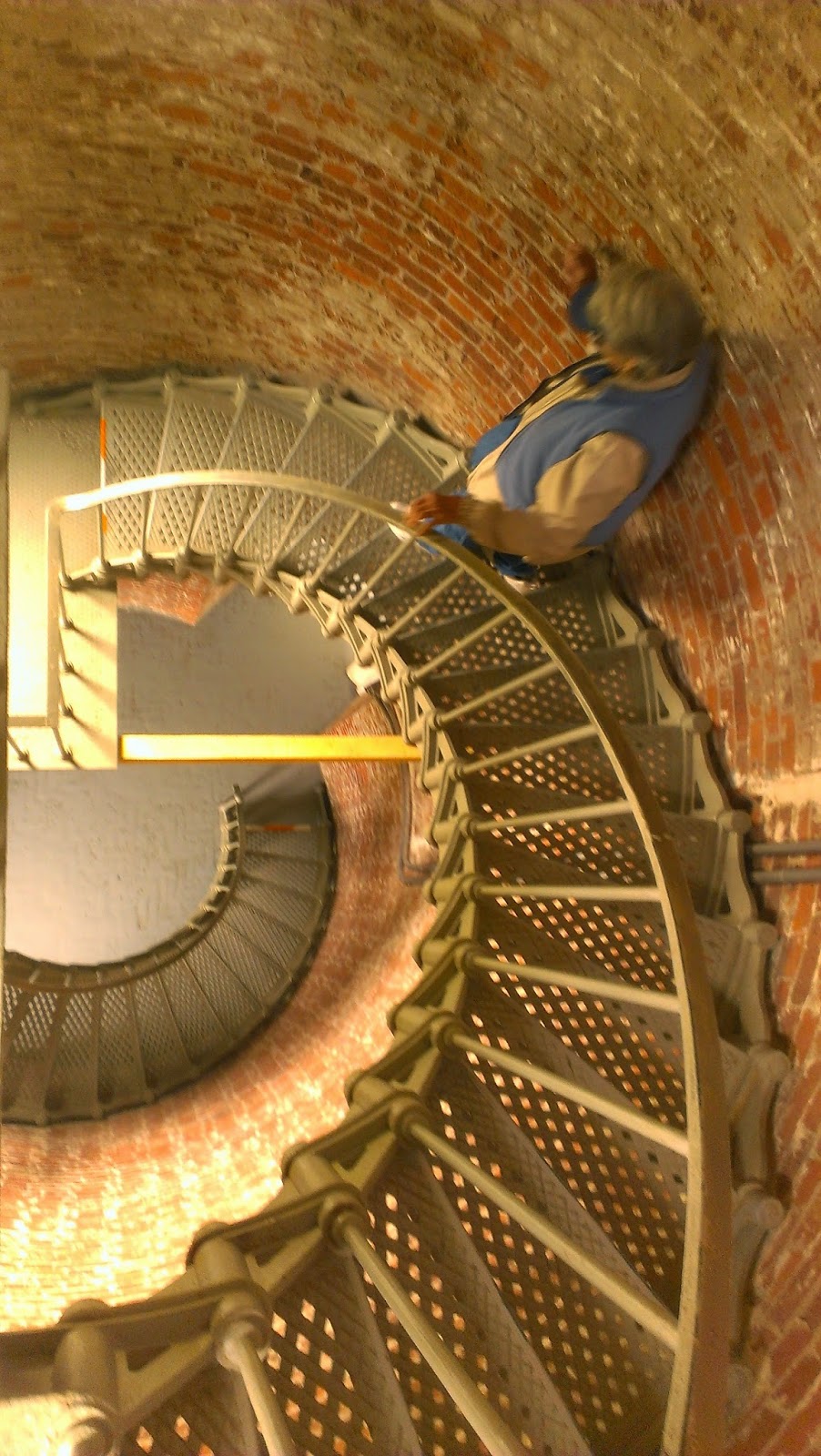 Seeking out lighthouses along the coast can be come a destination on its own. I only explored this one, Cape Blanco.. Viewing the stairs spiraling downward, I cannot believe I overcame my fear of heights and climbed all the way to the top, but examining  the powerful lens was the reward.
My imagination, like the crashing waves of the sea, stirred up  glory stories. My mind created tales of the lighthouse keepers who, at times, braved one hundred mile an hour winds. In my head I sailed with the brave captains who penned  the ship's logs and  relied on the prism's beam. 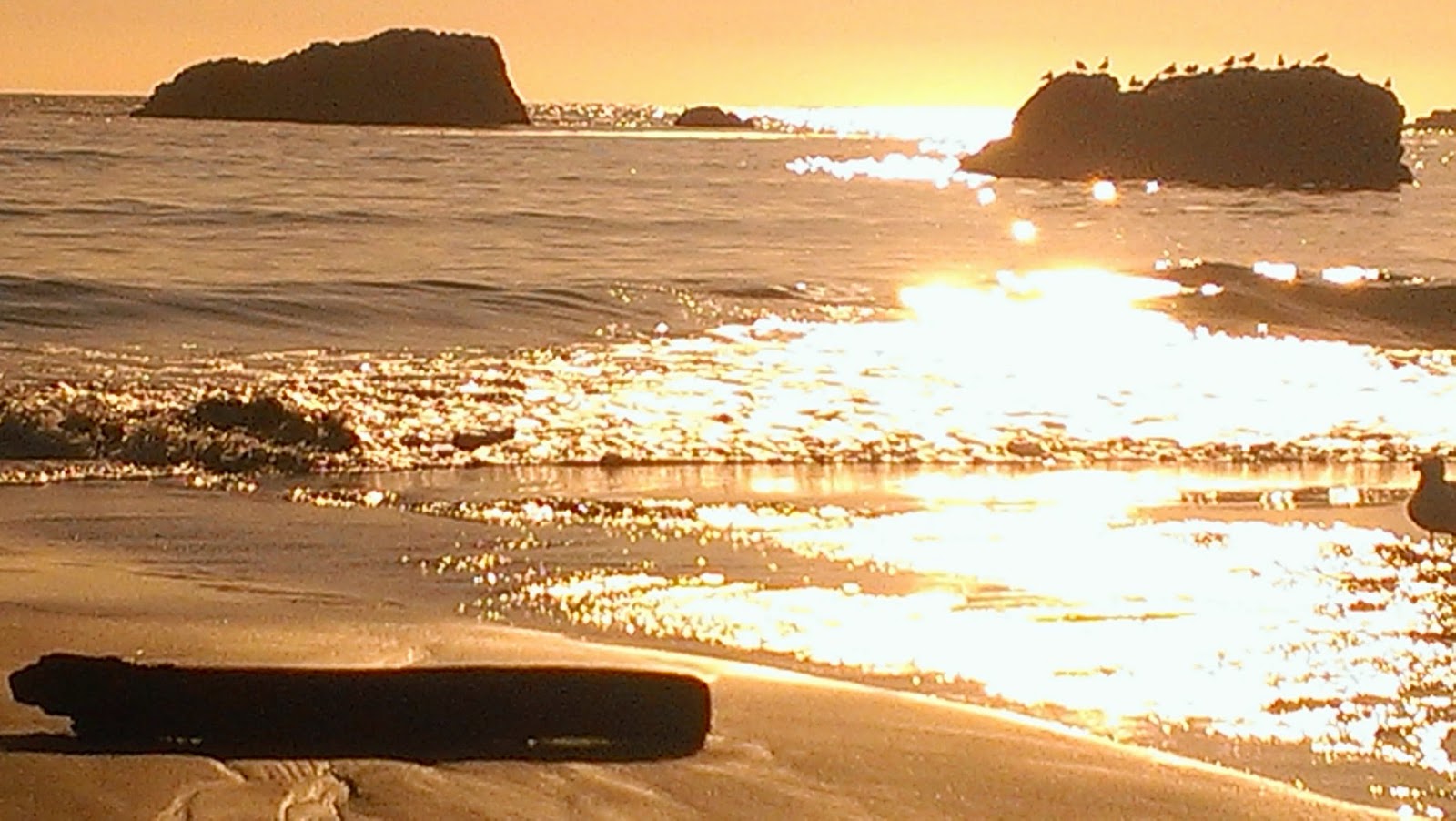 Every hour a veteran commits suicide.
Don't forget to recommend MASADA'S MARINE, The Story Of A Service Dog And Her Wounded Marine Warrior
Posted by Judy Howard at 9:14 PM No comments: