The month of March: Four seminars: Two in Yuma and two in Pahrump.
The Yuma fairgrounds were the venue for the Good Sam Rally and The Gypsy Journal Rally.  My first impression of the Fairgrounds was what everyone later learned to call “The sound of Freedom.” The Marine Air Base, only a few miles away, is the training ground, well the training airspace, for fighter pilots all over the world. My heart skipped a beat as these impressive jets passed over, almost close enough to touch. They stirred a fear that just as quickly was replaced by a feeling of safety and power knowing the Marines were doing their jobs. It really was a great feeling. By the time the second rally began, either the flights had decreased or we all became accustomed to “The Sound of Freedom.”
I would be remiss if I didn’t mention Nick Russel, author of BIG LAKE, whose self-published e-book hit the New York Best Seller List that week of the rally. Nick is the editor of The Gypsy Journal Newspaper, http://gypsyjournalrv.com, and IS the Gypsy Journal Rally. He and his wife along with a hundred or more volunteers put on a wonderful, educational, friendly rally. And of course my interest was Nick’s seminar,” The Birth of a Best Seller.”
Because of Nick’s advice and knowledge, my book sales increased tenfold during the month of March.  It didn’t make the New York Best Seller List, but it boosted my faith in the magic of blogging and twittering.

THE ROAD TO WRITING - QUARTERLY REVIEW - PART I 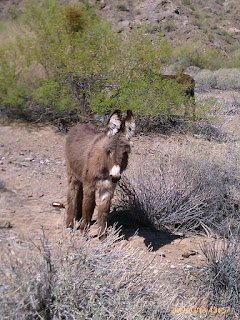 April 1st! Do you believe it? The first quarter of the year has come to pass. Three months spun into  a whirlwind of events and new friends and new places.
Indio was my first stop for the FMCA Western Area Rally. What a great experience. The people at FMCA know how to put on a rally. The events and vendors were varied, educational and friendly. I ran into my favorite and most trusted RV Service man from Temecula Valley RV, www.temeculavalleyrv.com, Erik Kitley. He claims to be the “Best in the Southwest” and in my humble opinion he fits the bill.
I also met Mark Sickman, a member of the Roadtrek RV group. Mark attended my seminar along with over thirty others. The comment cards returned to me after the seminar were 99% raving reviews. But Mark Sickman, an author himself, flowered me with an encore that humbled and ingratiated me. Mark, a distinctive and precise man of words, wrote a book review for COAST TO COAST WITH A CAT AND A GHOST and submitted it to the Roadtrek magazine, which published it last month. I am discovering, along this Road of Writing that authors are much more than professional colleagues, they are of a group consciousness that will change your tire or give you a push when you need one. I only hope I can return the kindness.
The Indio rally was the jump start to my three month long book tour. The Authors’ Meet And Greet at the Sun City Library in Menifee, Ca. hosted seventeen authors due to the efforts of Shirley Wible, the program director. Shirley, another lover of authors and books, put together a successful book signing event, giving me the opportunity to become acquainted with even more respected authors such as Kay Murphy  author of  THE TAINTED LEGACY, http://www.skaymurphy.com/, Martin Lastrapes, author of INSIDE THE OUTSIDE, http://www.martinlastrapes.com/, and  Nickolae Gerstner author of LONGBOURN, http://www.nickolae.com/about-nickolae.html. The many more talented authors that I have not mentioned is in no way intended to  minimize their talents, but I hope, an encouragement to discover them by attending the next Meet and Greet  event.
After these events, I slipped out of town to experience the annual phenomenon of Quartzsite, Arizona. For those of you who have been following me, you know what the experience entails: shopping until you drop, only to start all over again the next day to do it all over again. It also means RV friends meeting with RV friends, not only roughing the desert’s accommodations of sand and wind but also marveling at its vastness, solitude and starry nights. While in Quartzsite I attended the Readers Oasis Book Fair and met not only more fascinating and talented authors, but the naked book store owner who is a legend in his own right.
Darlene Miller, who wrote RV CHUCKLES AND CHUCKHOLES, http://www.amazon.com/Chuckles-Chuckholes-More-Confessions-Happy-Campers/dp/0977299716  is another author I was fortunate to meet. And although time was limited in Quartzsite, we were able to meet up again at Parker, Arizona when she gave me a tour of the area and Parker Dam that endeared me to the area. When her husband repaired a leak on the roof of my rig, I was reminded why I love RVers: I may travel alone but I am never alone.
Posted by Judy Howard at 11:49 AM No comments: