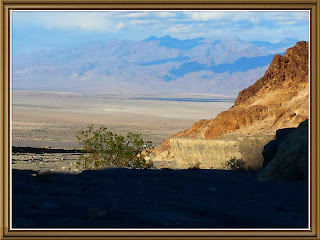 Death Valley,   the land of great extremes, in temperature and elevation.  This desolate land has been the home of home of the Timbisha Shoshone,  the 49ers of the last American gold Rush, and the Borax 20 Mule team. These folks conquered her harsh environment  taking her riches of millions in  silver and  in  tons of salt and Borax.  The photos display  the  beauty of the barrenness luring  the traveler to challenge the death defying landscape..

Below is the entrance to Mosaic Canyon, one of the many  displays of nature's power and glory. As I hiked  into the canyon depths, the towering marble walls wrapped around me, comforting me with the spirits that lived and died  here. 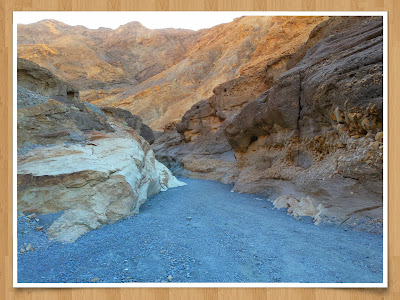 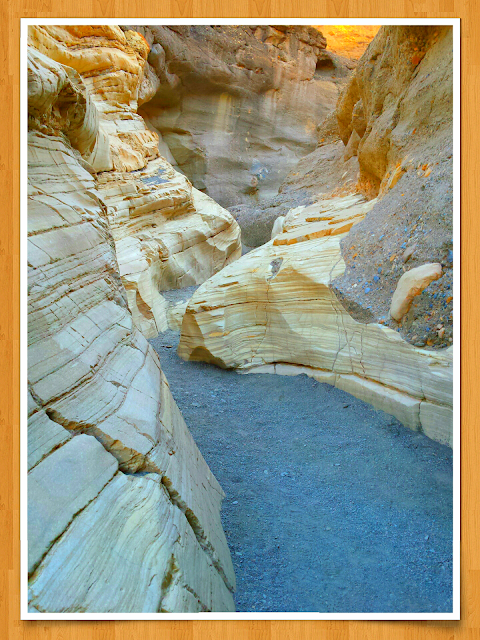 Mosaic Canyon,  which has endured millions of years of nature’s pounding forces of wind, sand,  and water,  and will continue the struggle, shared its  miracle of survival with me. 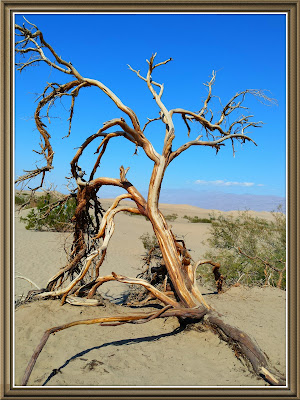 Mesquite Sand Dunes  are the only dunes in the park that allow sand boarding.

The Goldwell Open Air Museum situated just outside the Rhyolite  ghost town compliments the theme of  this area. Sportster wanted to share his impressions Rhyoite so don’t forget to check out his blog.

Art where  it seemingly shouldn't be 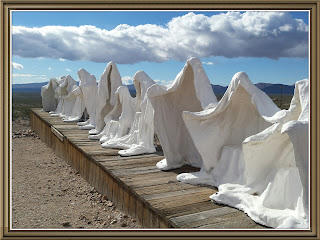 Just outside of Rhyolite, Nevada, a spectacular ghost town off the road leading to Death Valley, California, a group of prominent Belgian artists, led by the late Albert Szukalski, created a self-described art situation consisting of seven outdoor sculptures that are colossal not only in their scale, but in their placement within the vast upper Mojave desert.

Goldwell exists because artists from afar chose the Mojave Desert as a place to make work freely, in contrast with their practice in Europe. Those experiences led several of them to create the large scale, on-site sculptures that define Goldwell as a destination. There are few other places where such art-making activities could have taken place; the desert is integral to their work.
Decades later, artists from all over the world, having heard of Goldwell, still seek out this place. With new artist residency and artist workspace programs offered in the nearby Red Barn Art Center, Goldwell remains a place for those who seek adventure in their art making in a spectacular and challenging landscape 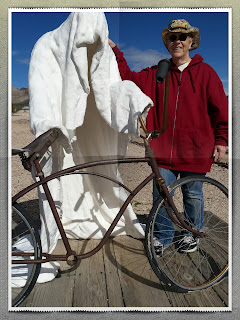 Death Valley is a land of miracles. Contrasts and extremes create the stories of our   lives, making our existence  and our survival excruciatingly painful, and yet in the end, miraculously joyful.